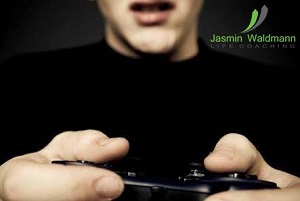 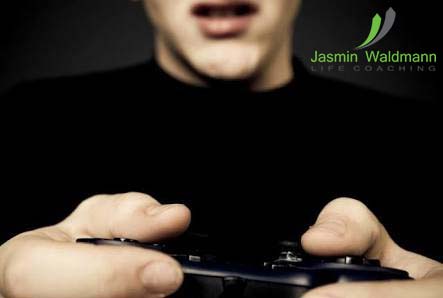 Addictions that are socially acceptable are the most dangerous. Just like alcohol, video games are also seen as a lifestyle. You can actually be sitting in the middle of a party, dressed up in best of clothes, nodding to people who pass by and appear completely normal! Or if you are stressed you play some video-games to relax. At the most you may be scoffed by some for preferring video games over people. You may become the centre of some jokes and jabs. Not a big deal! That is why when we find our children are glued to the screen, inspite of instinctive feeling that this is not right we let it pass saying ‘It is okay!’

But it is Not okay!

Video games produce the chemical dopamine which is responsible for addiction. It is the pleasure chemical which makes an addict desire for it more and more. This is the chemical responsible for all kinds of addiction may it be drugs, alcohol, sex, shopping etc. Like all addictions, this is also progressive. What begins as time pass, starts to take up your entire time and by the time you feel things are out of hand addiction has already entered your system.

Video games developers have their strategy in place. The games are designed on the system of rewards so that the mind of the player is conditioned to win. They target the reward system in the player’s brains. In order to grab the ‘points’, ‘gifts’, ‘levels’, in the game, a child (and also no adult) cannot stop her/himself. This is how the video games developers exploit human psyche. Infact some video games after initially luring children, ask them to pay up (with real money from the credit card) to play the next level or buy certain ‘tokens’ to continue with the game. This is completely unethical and with time leads even into behavioural disorders.

The repercussions of ‘Blue Whale game’ are now known to all by now. Right from making marks on your body to ultimately commit suicide, lives of many children were lost due to the trap of this exploitative video game. The other common video games may be lesser known but have so much of violence that it ruins the mental makeup of children. Even games that may not be violent in nature but because of the reward system, have the potential to entrap the mind of the players into become addictive. Addiction can go to the extremes where the addict refuses to eat, drink, shower or even use the washroom. This is no exaggeration but real cases that are struggling to be resolved in all corners of the world, including India.

Video games alter the behaviour of a child. Let’s face it. When a child is engrossed in a video game, her/his mind is in a state of excitement. The moment you try to engage in a conversation or persuade to leave the game, the reaction is naturally screaming, shouting and being completely frsutrated and upset. The child feels a pleasurable moment has been snatched from her/him, filling her/him with emotions of hatred and deprivation. This further might even impact the parent-child relationship. Some parents succumb to the aggressive reactions of an addict which only takes them downhill and those who refuse to give in have to experience tension and resistance every moment.

Over a period of time, this becomes the permanent behaviour of the child. She/he turns out to be obsessive, aggressive, loner and far away from the real world. Games keep the mind over-stimulated that results in lack of interest in any activities and people around. With no real life connection to the world outside and the world within; the child begins to feel a misfit. As a misfit, she/he finds escape from the real world in the world of video games.This is a vicious cycle which is tough to break but not impossible. There is coaching available for parents to manage the aggressive emotions and strategies have been thought through for the addict to start afresh.

Precaution is always better than cure. The best thing is to set rules and monitor screen time of kids. It’s best not enter the world of video games overall. But if this “isn’t possible”, then keep a tab on how much time they are spending on video games. Having said that, it is important you as a parent engage your children alternatively. Take them for outdoor sports, play board games, read books, or tell them stories with them and disccuss about it, dance or make music. When parents compensate their lack of time through video games, they cannot complain if kids turn out to be addicts. You have to guide them, give quality time and set path for kids for positive engagement so that they don’t waste their time indulging in video games.

In growing stages of life, children are in the state of finding themselves. If there is not sufficient hand holding, they begin to find an activity in the form of video games. On the other hand if parents stay involved, it builds the self esteem of the child. Instead of running after rewards in the virtual world of games, children learn skills and develop abilities which are the rewards that will stay with them for life.

Cases reveal that children with low self esteem, lack of positive home environment, absence of parental support, are the most likely to fill void trough video games or any other kind of addiction. When parents take care of emotional needs and the atmosphere of the home is fulfilling, children are less likely to go astray.

If at all, your child has crossed that stage and is addicted, there is help available. Through carefully planned strategies, addiction can be weaned off. Coaching of the mind might take a few weeks, depending upon the acuteness of the situation. It is very important that as parents we acknowledge the problem and take action. In denial, we are postponing and aggravating the issue. Talk, share and seek help. It is also imperative to see the addict with empathy and not blame. The mind is powerless in front of addiction. Only through apporpriate support and professional coaching, we can show addicts a new way of living.

Her new book, “Change Me” was published in January 2018 and is available in the stands in India and national and international online (in India: Amazon, Flipkart; internationally: Amazon). It’s the story of Amit, his trials and triumphs, and how he realises that although the journey to success is your own, you don’t need to do it all alone. Through the book, Jasmin guides you to look within and reflect upon who you are and who you want to be and understand for yourself the path you can travel to change yourself into a even better version oof yourself.